Showing posts from February, 2013
Show all

There are three different ways of adding captions to Windows Media movies: SAMI captions, Windows Media Encoder 9 (using WMP Text captions), and Microsoft Expression Encoder 4 (using SRT captions). Today we'll add them using Microsoft Expression Encoder 4 . One of the problems with using SAMI captions for Windows Media is that the caption file must always be linked to the movie, since it's separate from the movie. A better way is to actually embed the captions into the movie so they travel with it and are always available as long as the user has closed captioning turned on in their Windows Media Player. We're going to start by creating our captions in MovieCaptioner as we normally would. Make sure you create an MPEG-4 or .MOV version of your WMV file for use in MovieCaptioner as it's QuickTime-based. You'll still use your WMV movie for the final version, however. Instead of breaking up the captions using a forced line break as you might usually do, we're
6 comments
Read more 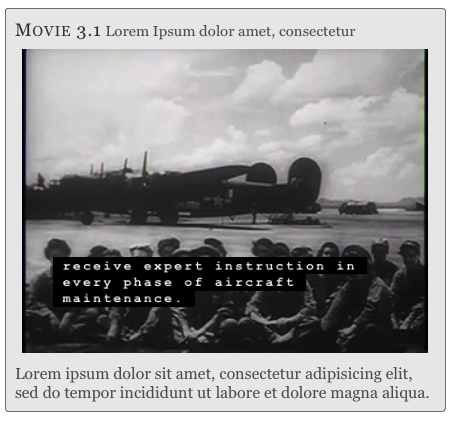 One of the great things about iBooks is that you can make your movies accessible by providing closed captions. It's very easy to do, too, if you own a Mac and have the right tools. For this tutorial we'll be using the following software: MovieCaptioner MPEG Streamclip QuickTime Pro ClosedCaptionImporter plugin for QuickTime iBooks Author A Little Setup iBooks support a caption format known as Sonic Scenarist (SCC). This format is also known in broadcasting circles as Line 21 captions. To be able to import these captions into our movie, we'll need QuickTime Pro ($30 upgrade to the QuickTime 7 Player from Apple) and the ClosedCaptionImporter plugin for QuickTime from Apple as well. QuickTime 7 is required even though your Mac already ships with QuickTime X, but QuickTime X will not allow you to add captions to your movie, so either download QuickTime 7 from the Apple site or install it from your Mac OS X install disk as a custom install. It will install
Post a Comment
Read more
More posts